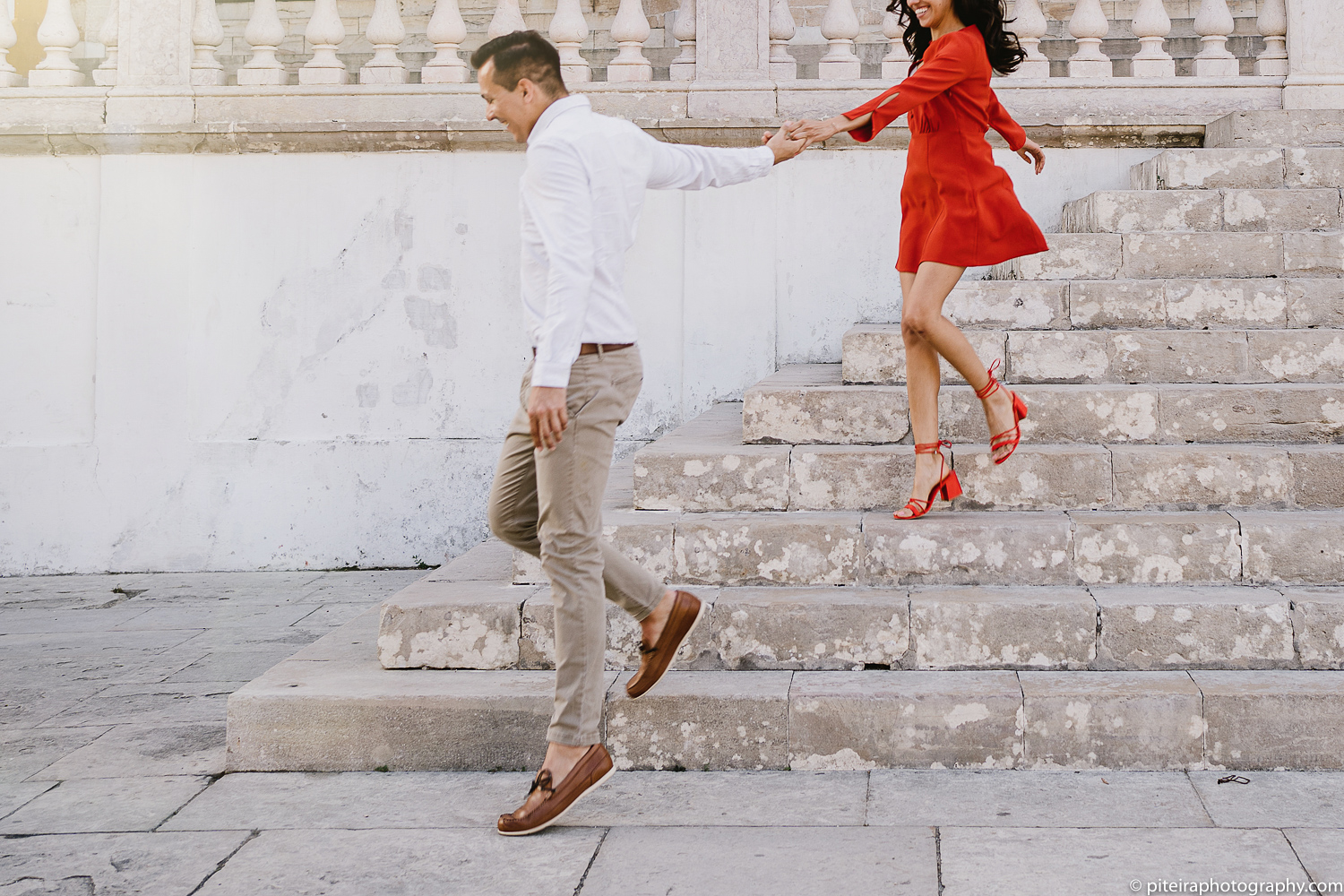 One of my favourite adventure shoots that I do a few times a year are marriage proposals. I’ve photographed marriage proposals in a castle, by the river Tejo or in the streets of Lisbon to name a few, and its always full of excitement, there´s always the possibility that things don’t go exactly how we’ve planned even with the most detailed organisation, it´s quite stressful sometimes… but I love it!!

This one was one of the more nerve wracking shoots that I’ve experienced. Roberto contacted me initially to shoot in Ilha das Berlengas, a magical place where we’ve photographed before. But after going through all the possibilities we came to the conclusion that it would take the spontaneity away not only because it was an islet and we had to negotiate the ferry timetables and miss the magic light but also because we would have to dodge the August tourist crowds. I suggested we start in Sintra in the Peninha area and finish by the Praia da Ursa for sunset where he would go down on one knee, I would pretend that I was just shooting a normal couple shoot and in a previously planned spot Roberto would do his magic.

I arrived at our meeting spot a few hours early to scout the area and to my despair it was fenced by the fire department as we were in the fire season… and our second spot was covered in a thick cloud. I freaked out for a couple of minutes but I had enough time to make an alternative route and in the end it worked out beautifully, these guys made the most of it, we used the very last beam of light, and left the beach as the moon rose. As always it was an emotional, intense and beautiful moment and I feel privileged to document their marriage proposal in Sintra. Congratulations my dear friends Roberto and Ari, I wish you all the best for your future adventures.

Shruti & Dante | A Proposal in Lisbon